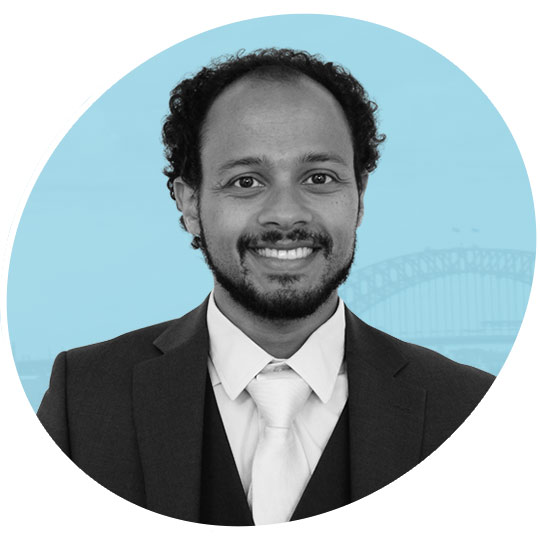 Mohy Taha studied medicine at the university of Cairo. Early on, he discovered his passion for research and in 2004 (after his 4th year of medical school) he took a year off and joined the Charite University Hospital (Berlin) for a 1 year laboratory research fellowship. During his fellowship he learned German.

After finishing his medical school in Cairo he moved to the German part of Switzerland for his orthopaedic training. He started his training in Aarau (Cantonal Hospital) under the supervision of Dr Nikolaus Renner (President of the AO foundation).

During his training he participated in many AO courses, the AO clinical research fellowship as well as an AO Trauma Fellowship in Sao Paulo under the supervision of Prof. Mauricio Kfuri.

Since 2011, shoulder and elbow surgery has been his main interest and he spent  more than a year under the supervision of Prof. Christian Gerber in Zürich.

In 2013, he visited Australia for the first time and did an observership with the SSRI at the Royal North Shore Hospital. One year later, he applied for the SSRI fellowship and was accepted to start his fellowship in 2016.

In 2004, after my 4th year of medical school (University of Cairo) I took a year off and went to Berlin to join the Charite University Hospital for a 1 year research fellowship. It was a turning point in my medical career as I learned German and moved to Switzerland for my orthopaedic training after finishing my medical school in Egypt.

Early on during my training I discovered my passion for Shoulder and Elbow surgery and decided to undertake a fellowship. In 2013 I visited Australia for the first time and underwent an observership at Royal North Shore Hospital. I was impressed by Drs Benjamin Cass, Allan Young and the hospital. The fact that part of the Fellowship is in public hospitals allowing fellows to develop their surgical skills motivated me to apply for the Sydney Shoulder Research Institute fellowship.

I commenced the fellowship in January 2016 and throughout the year worked under the expert guidance of the esteemed Dr Benjamin Cass, Dr Allan Young and Dr Jeffery Hughes as well as in close contact to Professor David Sonnabend who is in semi-retirement. Assisting more than 500 operations in 3 different private hospitals with 3 different consultants exposed me to a great variety of techniques, implants and helped develop my problem solving skills during the different operations.

Carrying on more than 70 operations by myself in 3 public hospitals also improved my surgical skills in open, arthroscopic shoulder and elbow surgeries.

Through cooperation with the Biomechanics and Biomedical devices departments of the University of Sydney I was also able to complete 2 research projects. Furthermore, I contributed 2 oral presentations, one at the Royal North Shore Shoulder Symposium and the other at the Shoulder and Elbow Society of Australia Conference in Darwin.

In summary, I believe this fellowship will be a milestone in my Shoulder and Elbow Surgery career.