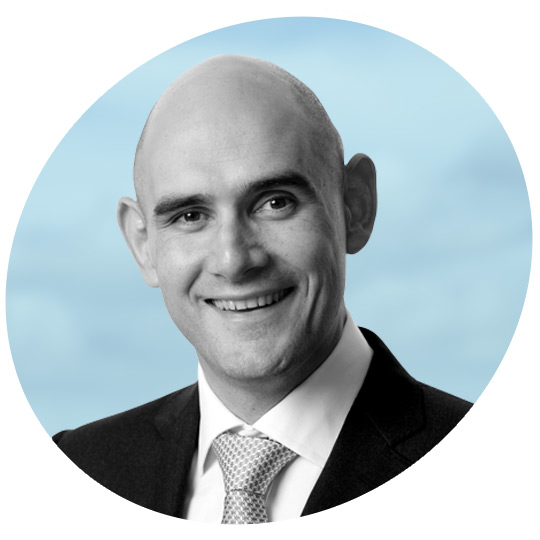 Diarmuid is a graduate of University College Dublin in Ireland. Having completed his higher surgical training in Orthopaedic Surgery in Ireland he joined the Sydney Shoulder group as clinical fellow in July 2010. Following this Diarmuid finished the Trans-Tasman Shoulder and Elbow fellowship in Christchurch, New Zealand before completing visiting fellowships focussing on elbow reconstruction in the Hand and Upper Limb Centre, London Ontario and The Mayo Clinic, Rochester Minnesota.

Diarmuid returned to Ireland in September 2011 and has been practicing as a consultant orthopaedic surgeon subspecialising in shoulder and elbow surgery since then. Having initially worked in Waterford in the south east, Diarmuid returned to Dublin in May of 2014 and currently works in the Adelaide and Meath Hospitals, Tallaght, a teaching hospital of Trinity College Dublin.

Diarmuid has a Masters in Surgery awarded for work on biofilm infection in orthopaedic implants and has over 20 peer reviewed publications of which 6 relate directly to the shoulder and elbow. He also has published a book chapter.

Diarmuid is heavily involved in higher surgical training in orthopaedics in Ireland and has established core curriculum programs for shoulder and elbow reconstruction. He is a founding member and treasurer of the Irish Shoulder and Elbow Society. He is an AO trauma instructor and has acted on faculty for international meetings on shoulder reconstruction and trauma surgery.

Diarmuid lives in Dublin with his wife Helen and 2 Children Marcus and Heather. His extra-curricular interests are running, Rugby, Skiing and (sometimes) Fast Horses!

The summer of 2010 was an exciting time for me and my new wife! We married in April, I Finished HST training in June and we moved to Sydney in July! The team in SSRI really made us welcome and both professionally and personally it was a great fellowship. The job involved a good blend of assisting, operating and hands on clinical teaching and I was exposed to a volume of shoulder arthroplasty and complex shoulder and elbow reconstruction that prepares you really well for returning to subspecialty practice.

At the same time the monthly Dubbo trip keeps your hand in for general trauma which I found very useful on my return to a busy regional unit in Ireland.   This had the added bonus of putting a few Dollars in your pocket to keep the roof over our head! There was also the opportunity to get involved in complex Shoulder and Elbow trauma in North Shore if you were prepared to make yourself available for it. While we have yet to return “down under” since our time there, I have continued contact with the SSRI team and they have always been supportive and helpful when difficult cases have arisen. Having been part of the program in Sydney has also opened doors for training in other units.

Socially we really enjoyed our time in Sydney, and I hope have made lifelong friends during our time there. We lived the life opposite the opera house in Kirribilli and experienced the famous New Year’s Eve countdown first hand, toured the Blue Mountains and the Hunter Valley and travelled Quensland and Victoria from our base in Sydney. It’s your overseas fellowship!! Grab it with both hands! Thanks David, Ben, Jeff and Al!