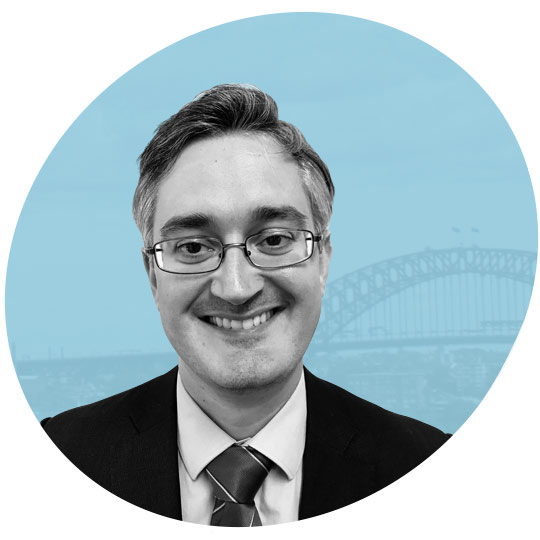 Dr Simon Donald graduated from medical school at the University of Aberdeen in Scotland in 2004 and, after completing three years as a junior surgical trainee in the UK, emigrated to Australia in August 2007.

After undertaking pre-vocational Orthopaedic registrar positions in Queensland, New South Wales and New Zealand, he was appointed to the prestigious North Sydney Orthopaedic training scheme, starting in January 2013. He undertook his training at numerous major Sydney hospitals including Royal North Shore Hospital, Royal Prince Alfred Hospital, Westmead Hospital and the Children’s Hospital at Westmead. He completed his specialist training in February 2018, being admitted as a Fellow of the Royal Australasian College of Surgeons and Australian Orthopaedic Association.

Dr Donald was a fellow with the Sydney Shoulder Research Institute in 2018, learning under the highly experienced guidance of Drs Ben Cass, Allan Young and Jeff Hughes, where he was exposed to an extensive range of elective and emergency shoulder and elbow pathologies and operations. Their tutelage heavily influences his practice to this day. The following year, he moved across Sydney Harbour to undertake his second AOA-accredited fellowship in Orthopaedic Trauma surgery at Royal Prince Alfred Hospital under the supervision of AO Trauma faculty member Dr Sanjeev Gupta and director of Trauma, Dr Jeff Petchell.

After competing his fellowships, he moved back to Queensland, being appointed as an Orthopaedic Surgeon at Bundaberg Hospital in with a subspecialty interest in shoulder & elbow surgery, upper & lower limb trauma & post-traumatic reconstruction and hip arthroplasty.